Every year 100 million or more animals are harmed due to animal testing (“Top Five”). Despite advances in technology, this method of testing product safety is still used in countries all around the world. Although the U.S. leads the world on innovative research and methods, many companies here still use the outdated, barbaric practice of animal testing, which can result in the burning, crippling, and poisoning of animals. I was touched by this topic because I have a strong love for animals. This topic is important because people have forgotten how our actions negatively impact animals. Animal testing is cruel and needs to stop, because it has far too many damaging consequences for animals, humans and the environment.

Animal testing has been around for many years and has served a variety of purposes. According to Emma Lloyd, “The first observations of significance to modern science were made in the 1600s, when William Harvey used animals to observe and describe the blood circulatory system” (2008). A second notable event in the history of animal testing was when John H. Draize created the Draize Test, which is used on the skin and eyes of animals, such as rabbits, to test the effects of a product. Another example is the LD-50 (Lethal Dose-50) test, which was created in the mid 1900s. LD-50 is used to determine the maximum dosage of a substance that would kill half the animals in a testing group. It was used in experiments with household products, pesticides, and drugs. Although these specific tests are not as commonly used today, they demonstrate the terrible treatment animals have faced.

Today, many industries use animal testing for different products, including cosmetics, medications, household goods, and pesticides. According to the Humane Society Factsheet on cosmetic testing, during experimentation, “chemicals are rubbed on shaved skin or dripped into the eyes without any pain relief.” Other tests, such as ones for potential carcinogens, involve harming pregnant animals and their fetuses, while others use the same animal repeatedly for an extended period of time (“11 Facts about Animal Testing”). Furthermore, “according to the Humane Society, registration of a single pesticide requires more than 50 experiments and the use of as many as 12,000 animals”(Moxley). This excessive abuse of animals clearly shows how negatively testing affects them.

In addition to the unnecessary harm the animals face, animal testing is also bad for people and the environment. Every year, millions of animals used in testing are discarded. According to waste collection reports from the National Institutes of Health (NIH) division of Intramural Research Laboratories, in just 18 months, from the year 2011 to 2013, these labs alone produced over 1.5 million pounds of animal breeding, excrement, and excess food waste. The animal waste is contaminated with toxic or hazardous chemicals, viruses, and infectious diseases. Incineration is one of the most common methods for disposal in U.S. laboratories. When companies incinerate animals and supplies, the process emits gases and fine particulate matter into the air. The New England Anti-Vivisection Society (NEAVS) reported that: “a recent study found that 2.1 million deaths have been associated with human-produced fine particulate matter – a main component of smog” (“Alternatives in Testing”). Does this sound like a safe way to test products? Even though animal testing may tell us how the use of these products may affect humans, the testing process itself causes excess harm to people and the environment.

Animal testing is not always the best method for testing products that will later be use on humans. Two of the most commonly used animals are chimpanzees, which share 99 percent of their DNA with humans, and mice, which share 98 percent genetic similarity to humans. However, these animals actually have a different anatomic, metabolic, and cellular structure from humans, which makes them bad test subjects for human products: “It’s very hard to create an animal model that even equates closely to what we are trying to achieve in the human” (“Should Animals Be Used”). So if these significant differences exist, why continue to this useless practice?

According to the FDA, 92 percent of drugs approved for testing in humans fail to receive approval for human use (“Alternatives In Testing”). Some things that are harmful to animals prove to be valuable in humans and vice versa. More than half of the drugs approved for human use are later withdrawn or relabeled due to adverse or lethal effects in humans. For example, a drug called Vioxx, which is used to treat arthritis, was taken off the market after it caused more than 60,000 deaths in the U.S alone. This drug was successful on animals, but proved deadly to humans. Furthermore, over 100 stroke medications that were effective when tested on animals have failed in humans, and over 85 HIV vaccines failed in humans after working well in non-human primates (“Should Animals Be Used”). Therefore animals are being senselessly hurt, and humans are also suffering serious consequences.

Some people may believe that there are laws to protect animals from mistreatment. In some cases this is true. Animals are protected, by an act called the Animal Welfare Act (AWA), which is a federal law that regulates the treatment of animals in research and exhibition. However, animals such as rats, mice, fish and birds are not protected by the AWA. “In fact, 95 percent of animals used in experiments are not protected by the Animal Welfare Act” (“Should Animals Be Used”). The Animal Welfare Act should be modified so that it protects all of the animals used for scientific research.

In addition to creating laws to protect animals’ rights, we should put more effort into using other ways to test products that do not involve the use of animals or cause them harm. One alternative to animal testing is collecting human cells and studying the effects of medications and products on those cells in a petri dish. This method would remove the need for the animals used to test products and can even be more accurate. This method of testing is not only good for humans, but animals too: “Animals are kept away from the lab and scientist have a much simpler way of screening for drugs and analyzing which ones are safer for human use. This can help cure many diseases. And will save more lives, while allowing animals to be pets rather than science experiments.” (“Alternatives to Animal Testing”)

Another product testing method involves the use of artificial skin. This has proven to be more accurate than using animals because it is just like actual human skin: “Perfectly replicated skin models consisting of human skin cells – from surgical waste, for example – feature the same properties and functions as normal human skin” (“Artificial Skin Instead of Animal Testing”). This method is better than using animals because artificial skin has the same DNA structure that would be present if an actual human were to test the product.

A third way to avoid animal testing includes using humans to test products. In her article “Why we should test on humans not animals”, Abigail Greer explains that this method could be more accurate as “9 out of 10 drugs that appear promising in animal studies go on to fail in human clinical trials because it is not possible to accurately predict how they will behave in people”. Testing on humans could also result in more cures to diseases faster, because, as Greer states “relying on animal experimentation in some cases impedes and delays discovery of drugs and procedures that may be beneficial to humans because they fail in animal testing.” If there are other more accurate alternative methods to testing on animals, why are we still testing on animals?

If in certain situations, there is no clear alternative to animal testing, a solution could be to modify a procedure to reduce the pain an animal feels. If scientists were to use a milder dose of the product or give a pain reliever during the procedure, this would reduce the pain and stress an animal endures during the procedure and could produce better, more accurate results. Also, if the number of animals used in the experiment is reduced, the number of animals harmed during experimentation would also be reduced. Finally, if companies use products that have already been tested and proven safe for human use to make new products, the need for animals in experimentation would further decrease.

America should join the club of countries that have banned animal testing. The European Union was one of the first to ban the import and sale of animal-tested cosmetics. Norway has stopped the use of new animal-tested products, but pharmaceuticals and drugs that were already on shelves will remain. Israel is the third country to ban cosmetics, toiletries, detergents and other products that involved animal testing. India has become the first Asian country to ban cosmetics and made non-animal alternative tests mandatory. Countries like the U.S.A, Australia and New Zealand are taking steps to ban animal testing all together. (Thew) Additionally, we should become actively involved in efforts save innocent animals here in the U.S. Not only can the government take steps to protect animals, but individuals can also make a difference. For example, if we all boycotted products that use animal testing in favor of cruelty-free ones, the companies who still use animal testing would lose profits and their stocks would go down. This could force many companies to try and find alternatives, putting us one step closer to making animal testing a thing of the past. 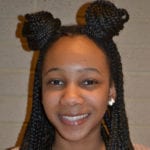