Why Homelessness Should Not Exist

Have you ever slept in a homeless shelter? Do you know what happens there? Did you know that after about 90 days you have to leave?  Homelessness affects us all, and it could happen to anyone, at any day, at any time. Have you ever walked down the street and passed a homeless person?  Did you want to give them a place to stay or a good meal? I have always felt as if I should. In order to get homelessness to decrease dramatically, the government should build more shelters for the homeless and teach the public about the real cause of homelessness.

When I was about one or two, I lived in a homeless shelter with my mom and my two older brothers. Thinking back on that experience, I wonder about the other kids that I was friends with. Where are they now? Are they still living in shelters? Are they living in a home of their own. Many families are in the same place my family was. They might never get the chance to know what it is like to have a home of their own and the sense of security a home provides. The feeling that it is theirs and having no fears of having to leave.

Homelessness is caused by a complex interplay between a person’s individual circumstances and adverse structural factors outside their direct control.  These problems can build up over the years until the final crisis moment when a person becomes homeless. Individual factors include lack of qualifications, lack of social support, debts – especially mortgage or rental arrears, poor physical and mental health, relationship breakdown, and getting involved in crime at a young age.  Then there are the structural causes like poverty, a lack of affordable housing, and housing policies. Things like that are keeping people on the streets.

According to Our World in Data, the United States ranks second among developed countries in the world with 177 homeless people per 100,000 in the total population.  Nearly 20% of the homeless population had serious mental illness or conditions related to chronic substance abuse.  48,000 or 8.5% of all homeless people are veterans.  There were nearly 200,000 homeless children and youth on one single night in January – that’s about one third of all homeless people.

What about poverty, is it the same as homelessness? No but they are closely linked.  You can place them into three roughly comparable groups: the current homeless, the previously (but not currently) homeless, and the never homeless but poor.  With small sample sizes, studies reviewed by Our World in Data,  found that the never homeless poor individuals were significantly more likely to have public benefits, and were also less likely to have mental disorders or substance abuse problems and had lower levels of self-rated psychological distress.  This data is far from perfect, but what needs to be paid attention to is that homelessness and extreme poverty in rich countries are closely related.

The government should be doing more than building shelters that get filled up fast. Now some states have banned people from sleeping in public places. If the government wants to stop people from camping and sleeping in public places then they should be doing more than moving the problem. I also think that if the government can give people easy access to support services and a place to stay, then that can reduce the number of those living on the streets.

In order to get homelessness to decrease dramatically the government should build more homes for the homeless and teach the public about the real causes of homelessness. If someone in your family is homeless or if you have ever been homeless you know the struggle. If not, become more aware. Put yourself in their shoes. 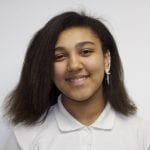