Banneker, One World, and Me

I was standing in front of my fellow Banneker students and DC council members, demanding we get the new high school we’d been promised. I wanted the city to recognize us. We were high-performing students. None of us were rich. Still, we had been achieving excellence every day in an old, beat-up building. It did nothing to inspire learning. I knew we deserved better. I didn’t know I’d have tears streaming down my face by the time I finished talking to the group.

My English teacher emailed to say she appreciated what I said. My friends were shocked. I am pretty laid back. I used to think that cool was sitting back and watching things play out rather than being out front. However when I did One World Education the spring of my sophomore year I learned about public speaking and that I like being out front sometimes too.

Learning from One World

It was my mom’s idea to do the One World program. I didn’t want to.

Why spend seven Tuesday afternoons turning my English class essay into a “compelling oral presentation”? I would much rather stay home, listen to music, and write stories of my own. My mother insisted. Still, by the fifth week, I started to change my mind.

“Imagine me as I am as a young black man in America, where we’re promised a free education” I said, getting started with a practice presentation to the whole group, “but if I am from Cleveland, only six percent of my peers in third grade would be able to read at grade level.”

I highlighted how kids had it really bad around the world and then I told people why that mattered. “People with professional degrees earn six times more than people who do not graduate from high school according to the Huffington Post.” I finished, and students clapped for quite a while.

As I sat listening to other people, I began to think I could win this thing and that would mean winning a scholarship. I was in. The night before the competition, my uncle, mother and I stayed up to 10:30 practicing. For my uncle, it brought back memories of my grandmother helping him win a public speaking contest like this one.

The night of the competition, I was so nervous I was shaking, sweating and having trouble paying attention to other students. That was until Amyah. Tiny in stature, but huge in heart, she demanded attention. “Don’t let the male politicians get you down,” she roared. She was speaking about getting equal pay for women. How could a 6th grader from Achievement Prep who was half my size set the bar so high?  I was ready to match what she brought to the stage. The audience was with me. They were quiet when I was serious and laughing when I questioned them about whether Bill Gates proved the point that you did not need a college degree.

“Who in the audience thinks they are as smart as Bill Gates?” I asked. One guy raised his hand. I tilted my head sideways.  Raised an eyebrow. The audience broke out laughing. Point made. It was going great.

When I was coming to the end of my talk, I started scanning the crowd, locking onto my mother’s eyes. I wanted her to know I appreciated her.  She had this big smile. Then as I finished and the audience roared, she burst into tears. Really mom!?. I finished second and earned a $1,000 scholarship. The hard work paid off.

I did not realize then how much One World changed me.

Two months later, DC City Council members were deciding whether to keep their promise to give Banneker High School a new building. Banneker students headed to city hall. And, we invited council members to visit our school too.  I knew from One World what I had to do to be heard. Start fast with a hook, back it up with evidence.

A few of us had one-on-one meetings with council members too. I told Ward 8 rep Trayon White that we were students who had been beating the odds and giving back in every corner of the city. “We do three times more community service than any other students,” I told him. “And, we work in every ward.” I could see that impressed him.

At Banneker, we earned millions in college scholarships every year.  But we had leaking air conditioners. Packs of roaches patrolled the stairwells. There were barred windows.  Nothing about the building spoke to the city valuing us, especially not the little mouse who liked to visit my history class at 9 every morning.

After voting against us once, the council voted 7-6 one Friday afternoon for Banneker. We were going to get our new building. We had won. It was quiet when we came back to school on Monday morning.  That was until a student, standing right between the school’s two longest corridors screamed, “We won.” The place exploded.  Students banged on lockers. Teachers ran into the hallways to see what was happening.  Then they smiled too.  I will remember that forever.

Next up for me? I want every student who was part of the protests to be part of building the new Banneker.  Every one of us should lay at least one brick. We have earned the right to be involved. There’s also no reason my class can’t earn more scholarship money than any class in Banneker’s history. What a way that would be to close this building down. Why stop now?

Here are some related stories of interest. 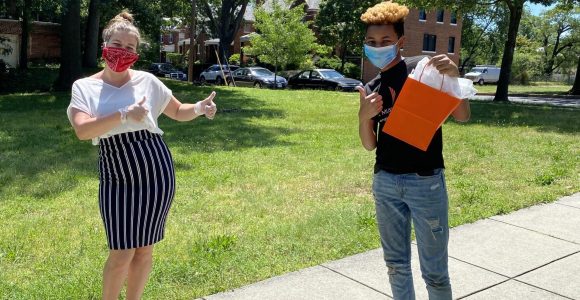 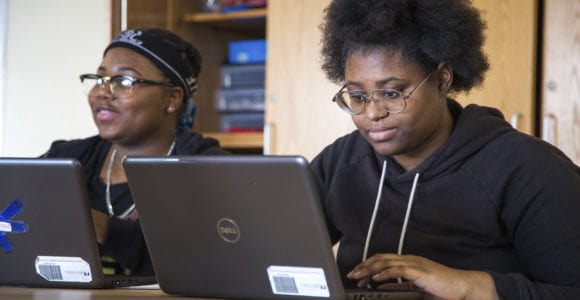 Schools Not Making Writing a Priority, According to New Think Tank Study