It is hard to imagine that such a small country, the size of Indiana with the population of Alaska, tucked in the Himalaya Mountains, accessible only by two airplanes, is the “Happiest Country” in the world, the last standing Buddhist Kingdom and has one of the fastest growing GDP’s in the world. This country is Bhutan, “Land Of The Thunder Dragon.” Bhutan is located in South Asia and is landlocked between India, Tibet, China, and Nepal. In 2004, I lived in Bhutan for a month at the time the King was transitioning the government to a democracy. My father had been invited by the Chief Justice of Bhutan to help them write their judicial laws.

Bhutan is the last standing Buddhist Kingdom in the World and, until recently, has preserved much of their culture since the 17th century by avoiding globalization and staying isolated from the world. Bhutan only allows a certain number of foreigners into the country each year, and the two hundred dollars a day that must be paid by every traveler is a deterrent for many. Internet, television, and western dress were banned from the country up until ten years ago. But over the past ten years globalization has begun to change in Bhutan, but things remain perfectly balanced.

Bhutan is the only country in the world that has a ‘GNH.’ You may think GNH is just another statistically based term with no real life application, but it refers to “Gross National Happiness.” The process of measuring GNH began when Bhutan opened up to globalization. It measures people’s quality of life, and makes sure that “material and spiritual development happen together.” Bhutan has done an amazing job of finding this balance. Bhutan has continually been ranked as the happiest country in all of Asia, and the eighth Happiest Country in the world according to Business Week. In 2007, Bhutan had the second fastest growing GDP in the world, at the same time as maintaining their environment and cultural identity.

Bhutan is the only Buddhist Kingdom in the world; Mahayana Buddhism is the official religion of Bhutan. Over two thirds of the people are Buddhist, and Buddhism is supported by the government both politically and economically. The government gives subsidies to Buddhist monasteries, shrines, monks and other Buddhist programs. Buddhists also are very influential politically with a guaranteed voice in public policy. Bhutan has also made significant efforts to keep other major religions out of their country. Promoting Christianity and other major religions is not allowed in Bhutan. Even with globalization, Bhutan has been able to preserve their Buddhist traditions, and they remain the last standing Buddhist Kingdom.

Some call Bhutan the “Switzerland of Asia” because of its size, shape and location in the mountains. But as I flew into Bhutan, I realized that the mountains I saw out of the window of the tiny shaky plane were Mt. Everest and K2, the two highest mountains in the world. As soon as the plane touched down in Bhutan, the beautiful landscape overwhelmed me. Bhutan is a country of mountains and valleys, and the climate varies with elevation. The mountains are extremely cold and snowy, but it is humid and subtropical in the hills, and temperate in the valleys. Bhutan is not an easy country to travel through; traveling from one place to another usually involves passing over a mountain, on two way roads barley wide enough for one car with a thousand feet drop on both sides. Our car trips through Bhutan involved many stops for eating and site seeing, but also puking. The windy roads through the beautiful mountains and valleys were not always “beautiful.”

Bhutan has one of the stable ecosystems in the world and has virtually no environmental damage due to its long isolation. The restrictions on tourism and their protection of natural resources have let Bhutan preserve the beautiful landscape and physical country as well as their cultural identity.

In Bhutan, we were guests of the King and dinners consisted of traditional Bhutanese food, such as Yak Burgers but with a side of French Fries. One day, my mom took me to play basketball at the local court. Being the only foreigners there, we were the center of attention, but that did not stop the local boys from including us in their games. One boy who seemed to be everyone’s center of attention, who was very good at basketball, ended up making friends with me. He played basketball with us, and engaged in a friendly conversation. As we walked out the door, someone pulled us aside and told us the fellow who so kindly helped me with my basketball shot was the Prince of Bhutan. This was very telling to me – that the Prince of Bhutan would play basketball with kids at the local court, showing how Bhutan was still a small isolated world, where a Prince was safe to walk the streets and do as he pleased. And yet, it also showed how Bhutan was starting to more open to the influence of the wider world; the prince spoke perfect English and loved the American basketball.

In a world dominated by globalization, developing nations may benefit from globalization – economies made stronger, access to more advanced technology, better health care, but this all comes at a price. With globalization comes integrated western culture, loss of traditional languages, religions and ideas, and the destruction of many folk cultures worldwide. Though a developing country’s GDP might benefit from globalization, does its Gross National Happiness? In many cases, developing nations lose their cultures, origins, and way of life, languages, as well as natural resources to globalization. The society and culture, as well as the economy, become linked to the rest of the world and the ideas of the world flow into that country, often destroying culture. Is it worth giving up culture for a better economy? If all nations worldwide used a (GNH) to judge “the preservation and promotion of cultural values,” I think many people would judge globalization negatively.

Bhutan has found the perfect balance. In recent years, internet, cable television, cell phones, as well as many other modern technologies and ideas have become a part of Bhutan, but their desire to preserve of cultural values, as well as the desire to protect the environment has remained high. Bhutan’s economy and culture are growing and changing. Bhutan’s unique strategy has presented a solution to globalization. They are able to adapt to globalization, to strengthen their economy, while still preserving thousand year old traditions and culture. Bhutan is the only Buddhist Kingdom still in the world, and one where cell phones and cable television are present. During my visit, my little brother and I would sit in our guest room watching the Smurfs on cable television, while Buddhist monks in traditional robes prayed in the room next door.

In 2008, in Bhutan’s first democratic election, 28-year-old Jigme Khesar Namgyel Wangchuck was elected president of Bhutan. He promises to “maintain a stance of protection against the worst aspects of globalization, maintaining the ‘Gross National Happiness.’ But Jigme himself is no stranger to globalization. He attended high school at Phillips Academy and university at Wheaton College and then graduated from Oxford. Jigme Khesar Namgyel Wangchuck now helps Bhutan perfect the balance between maintaining ones cultural values and traditions while increasing their economy, the same way he helped me perfect my basketball shot years back on a local court in Bhutan. 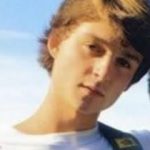