Deforestation in the Amazon

We rode a small boat on that scorching day with an even smaller motor. The cool water sprayed my face as we passed scenery like I had never seen before. The forest played with my senses as our boat’s passengers marveled at the exotic life surrounding us. We passed villages, birds and trees that seemed straight out of the National Geographic picture show. While I’ve always cared about the environment, it wasn’t until my trip last summer to the Amazon Forest that I understood why.

How could a place with so much beauty be in such danger of destruction and deforestation? Despite its beauty, the Amazon rainforest is being destroyed. Learning about the world’s largest rain forest and how its resources are so crucial to medicine and nature and how quickly it is being deforested was appalling. The Amazon Rain Forest is at risk because of the removal of trees for resources such as wood, rubber and space so cattle can graze and then be slaughtered for beef, among many other reasons.

The Amazon Rainforest is also home to the largest variety of species in the world, from insects to dolphins to birds. In the next 25 years, if deforestation continues at this rate, nearly half the world’s species of plants and animals will be destroyed or severely threatened. Deforestation doesn’t just wreak havoc for trees and humans. It also means that monkeys, anacondas, exotic fish, bats, manatees and the thousands of other endangered species that make the Amazon what it is – or used to be – will be gone. Imagine someone tearing down your house and throwing out all your possessions just so they could have more room for their cattle to graze.

According to the Rainforest Action Network, if deforestation continues at this rate the rainforest will be entirely lost by 2060. Research has shown that between the years 2000 and 2006, the Brazilian Amazon lost almost 93,206 square miles of rainforest due to deforestation. That is 93,206 out of about 3,179,715 square miles, an area almost as large as the United States.

Loss of the Amazon Rainforest also means loss of native peoples who have lived in the Amazon for thousands of years. Native tribal lands, resources, and culture are being wiped out due to deforestation. Approximately 500 years ago there were an estimated ten million indigenous people living in the Amazonian Rainforest. Today there are estimated to be less than 200,000.  The pictures shown of the bare and dead Amazon – a place that once used to bloom with life– are devastating. But the situation becomes even more personal when you are there, seeing how much the people depend on the forest.

Tribal rituals that rely on the land make up their oldest and most sacred ways of life. Native tribes are very poor and many have never strayed from their local language and traditions and they have little chance to stand up against the government and companies who are destroying their homes. Onlookers like us have to take a stand for them. Cutting down trees means more than damaging a forest; it means damaging lives. The Amazonian ecosystem existed in perfect harmony until humans, hungry for more resources, decided to disturb it.  However, companies such as Walmart, Toyota, and IKEA – according to Greenpeace – disregard these facts. Millions of people’s furniture and cars are results of deforestation, making it an even bigger issue.

Why is the loss of the rainforest important? There are a million reasons and if the forest was protected, everyone would benefit. First, the Amazon Rainforest provides more than 20% of the world’s oxygen.   Second, there’s a good chance that the food in your diet may have originated there, such as corn, potatoes, rice, nuts, chocolate, and coffee. Third, many plants in the jungle contain chemicals that doctors need to fight diseases such as cancer. And as I say from personal experience, the beauty of the rainforest is not fit for words. By cutting down the Amazon, humans are also hurting themselves by hacking up what I’ve heard some call the world’s “last frontier.”

If you can think about every piece of furniture or structure that is made out of wood, there’s a good chance that wood can from a tree in the Amazon Rainforest. Scientists at Raintree Nutrition Inc. have calculated that the rainforest is worth about $400 per acre in timber. Ironically, scientists have stated that the same amount of acreage could harvest enough resources to produce $2,400 worth of medicines, without cutting down any trees. Scientists simply cannot explore what is being destroyed. To me, this proves that deforestation in the Amazon has many more cons than pros.

The earth’s resources are not unlimited, and a great number of these resources come from the Amazon Rainforest. Maybe if we preserve these resources we will not have to wipe out South America to find more. For example, it’s important to recycle as much as possible, not waste water, turn down the heat or air conditioning, and start a compost pile. You can even join a conservation group and educate your friends about this issue because the actions and decisions of this generation may be the Amazon’s only shot at survival.

Thinking about the Amazon being destroyed leads me back to thinking about how lucky we are to enjoy comfortable living conditions and experience natural wonders, yet global warming is in the headlines every day. Preserving the Amazon is just one of many steps we could take to restore the earth, but it is one that must be taken. Scientists can tell you the facts, native peoples can tell you the reasons, and nature can display the results. Instead of harvesting power by destroying plants, animals, and indigenous tribes in the Amazon Rainforest, we should be working together with them to get the most out of Earth’s resources. If we do not, my story about canoeing down the great Amazon River may be as close as you’ll get to the incredible beauty that once stood before it was destroyed. 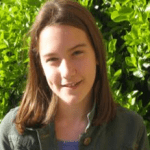